Water should be ideal for multi-purpose use such as laundering, bathing and drinking. Our family owned and operated company strives to help our customers take control of their water for ultimate quality of life and peace of mind.

Aquatek Water Conditioning has been serving the community, providing water treatment, softening and purification in homes, businesses and industrial establishments since 1952. Over the years, we have become a premier water treatment service provider in the area based on our commitment to excellent customer service and superior work.

Located in historic downtown Wauseon, Ohio, we offer deliveries, service and installations in the northwest Ohio and southeast Michigan area. Our professional service technicians work with our customers to install and maintain systems that will improve your water, based on a water analysis. Quality water extends the life of plumbing, water heaters and water-using appliances, making cleaning and laundering more efficient.

Aquatek believes in purchasing as many products as possible that are manufactured in the USA. As an independently owned company, we build and design equipment at our shop to meet each customer’s needs.

Our locally owned business is licensed, insured and bonded for your protection. 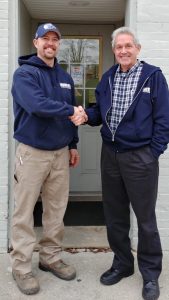 In 2018, Brandon Schindler purchased Aquatek from Bill Fortier, who had owned and operated the business since 1978. Brandon joined the Aquatek team in 2007, and has served as a Delivery Driver, Installer and Service Technician prior to taking ownership of the business. He enjoys the challenge of trouble-shooting water treatment solutions, often resulting in “doing the impossible.” This has built positive relationships with his customers and a sense of safety and security in their water. He coined the hashtag #TakeControlOfYourWater for Aquatek to inspire customers to be proactive in their water treatment. Customers often comment on Brandon’s knowledge, honesty and trustworthiness.  In 2019, his wife Toni joined forces with him in their family business. You will often see Brandon, Toni and their children helping out in the store.

Brandon, born and raised in rural Northwest Ohio, began his water treatment career at a young age. After two years at Adrian College, he yearned to work in a profession where he could use his hands and his mind which landed him in the plumbing trade. After learning on-the-job plumbing and heating at a local company, he had the opportunity to transition his skills into the water treatment field, where he found his passion. Through fortunate mentorship and leadership from skilled water treatment professionals he has worked with, as well as his excellent work ethic, experience and efficiency, Brandon has become an expert of his trade. Throughout his career, he has had the opportunity to deliver product, service and install equipment, execute sales and customer relations, run retail shops and finally become the owner of his own water treatment business.

Aquatek Water Conditioning began in Churubusco, Indiana. The business expanded from Churubusco through residential, commercial and industrial sales and deliveries. As a student, Bill Fortier worked for Cesco Soft Water in Archbold, Ohio, running the regeneration for exchange softener tanks. Additionally, he learned the delivery routes while driving for the company and furthered his knowledge of the water business as he assisted in system repairs and installations.

In 1978, Bill purchased the exchange tank and rental customers for the Archbold, Ohio area from Chemical Engineering Company and began his local franchise of Aquatek as he had delivery routes and customers needing water treatment equipment maintained. Aquatek had existing water dealers in the region at the time; there was a consideration to follow the business plan set forth for Fortier. However, that did not occur and Aquatek Water Conditioning became an independent dealer. As business grew, so did bottled water delivery in the 1980’s.

Bill expanded his business in 1981 when he purchased Servi-Soft, Wauseon, Ohio. Gene Gorsuch had owned and operated his business from 1952-1978. Bill combined the two businesses and located them at 204 East Leggett Street until 2000 when he relocated to 121 East Chestnut Street, Wauseon, Ohio. In 2022, Brandon and Toni moved the business to a new location,7300 State Route 108, Wauseon, OH.

In December 2020, Lauren Del Ciello, Managing Editor of WQP interviewed Schindler in an episode of “Checking In.” Click here to view the interview!

I notice an immediate difference in our new water softener. No rust, no calcium deposits in the shower and we are just now need to add salt since installation in August!

I don't know why we didn't do this before. There is a huge difference between our new softener and our old softener!

Our water isn't terrible, but I can tell the difference with the water softener you installed for us. The water has a slick feel to it, I can tell it's hydrating for the skin. I had a water softener growing up, so I love it!

I wish we would have upgraded our pond water treatment system sooner! We can now drink the water, and I'm so happy and confident in the quality.

We had no idea how much our old softener wasn't working until we go the new one. It's efficient, tells you if you have a leak, it's all digital, and it looks nice! When my wife and I initially heard the price, we thought it was a lot of money. But if you consider that you are only spending that amount every 30 years, it's a good investment!

What a nice kid that came out and installed our equipment. He was kind, pleasant, and in and out before I ever knew it!

My ice cubes are sparkling! I just love our Reverse Osmosis System, it's awesome!

Your salesman came out and was direct and to the point. I saved a lot of money, got good service and have great water! I noticed the difference right away. No sediment is coming through and haven't had to scrub the shower yet!

I’ve had Aquatek Water system for about 15 yrs. Highly recommend. Very professional. I’ve never had a problem with them. Top of the line business. Love, love, love my Aquatek water conditioning system. The best!

We were struggling with sulfur odor. Another company came out and quoted us an entire new system. We called Aquatek, and they address the odor problem, reworked some of our existing equipment, and now the water quality is fantastic! Brandon was prompt and courteous, and cost effective. Would definitely recommend their services!

I don't normally do reviews but have to in this case. The owner, Brandon Schindler went above and beyond for us. Thank you Brandon!

Friendly knowledgeable service - locally owned and operated. We have city water and love the "feel" of the softened water plus we opted for the odor and taste filter which eliminated the chlorine smell we were experiencing. Professional, affordable service. Would definitely recommend this business.

My hair isn't breaking anymore!  I lost 6 inches of my hair from the hard water. I am a platinum blond. I moved into a 121 year old home that had no water treatment equipment. I couldn’t figure out why my hair was breaking, and finally found out it was the water!

Our new water softener uses so much less salt! The two guys that came out were really nice guys…keep them. When you have guys coming into your home like that, it's important that you feel safe with them, and that they are kind. I just thought you should know that!

We converted our Pond Water Treatment System from iodine injection to chlorine injection. My wife is no longer breaking out, and it was getting so difficult to get iodine. We love it!

Our new water softener is working great. Water tastes awesome and our shower soap lathers up well. The installation was laid out exactly like we were hoping. Heather helped us out a lot with our scheduling. We really connected with Brandon when he came out to talk about our options. Awesome! 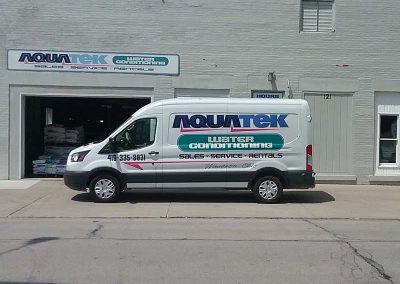 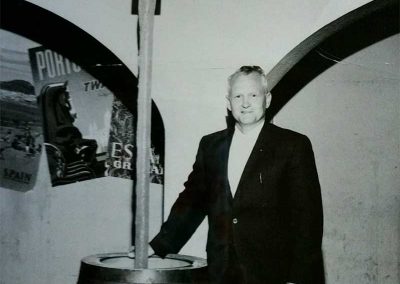 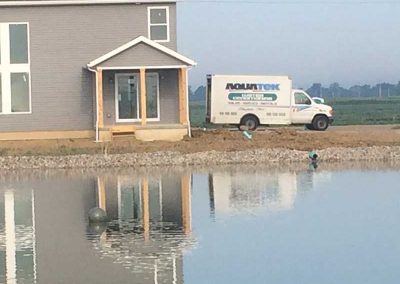 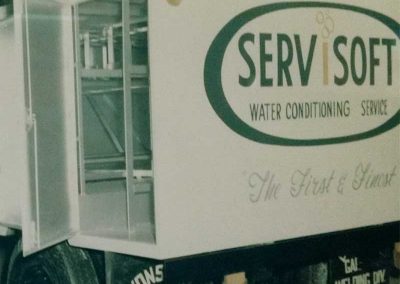